A Guide to Purim Festivities 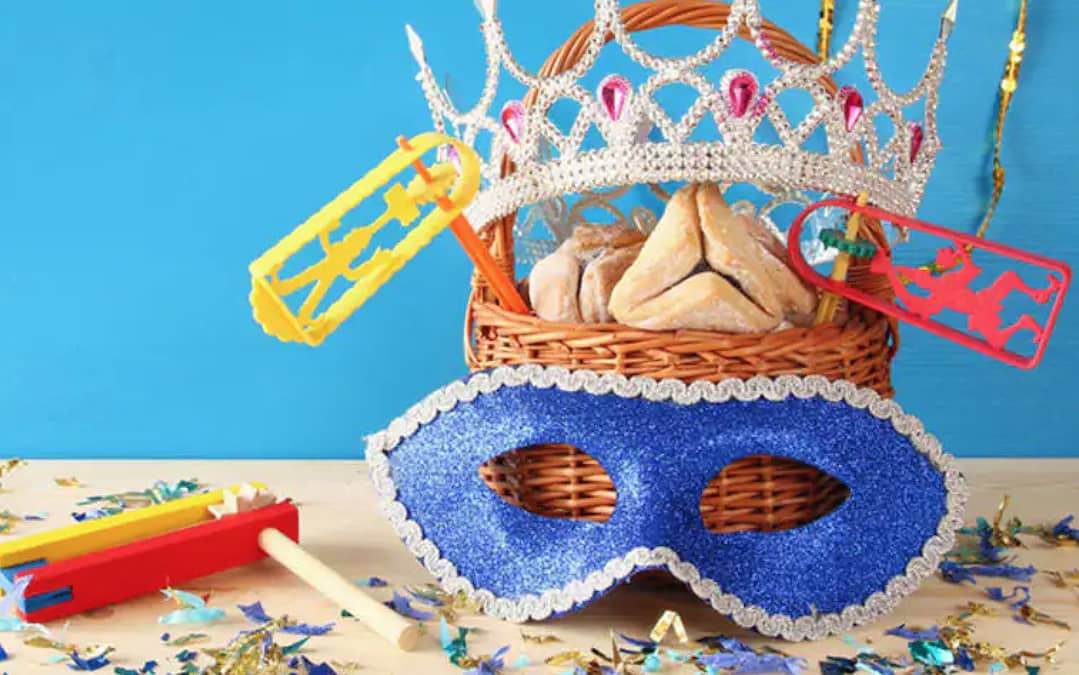 Like many Jewish festivals, which are regularly distinguished by some prayer, a ton of food and a few l’chaims along the way, Purim is no different except for the fact that we place a little more emphasis on l’chaims and party vibes more than anything else. So for this year’s Purim festivities, we thought what better way to help you get into that purim spirit than creating some specialty cocktails for you to enjoy while trying to decipher between ‘arur Haman’ and ‘baruch Mordechai.’

If you’re not too familiar with the story, here’s a brief rundown on what happened all those years ago…

Needless to say, the Empire of Persia in the times of King Achashverosh was quite the raunchy place. After a hard pass by Queen Vashti to appear before the King in her birthday suit, the rather unhinged Achashverosh sets his lawyers on her tail and is now on the hunt for a new bride to replace Queen Vashti. (Try out our Iced Vash-Tea to get the same Achash, OY -VEY, my – rosh that she probably ENDURED whilst dealing with that guy)

After quite a while of searching and flaunting his crown jewels around the whole of Persia he catches feelings for a lovely young woman named Esther. Did we mention she’s Jewish. Anyways, Esther was the perfect wife material. Not only could she cook a killer kugel, but she was also raised by none other than the righteous Mordechai.

Seems like quite a nice story till now, right? WRONG! Not all is well in the kingdom – treachery is afoot. After some eavesdropping and tattle tailing by Mordechai, the King is saved from the clutches of death and Mordechai gains some brownie points with the King of Persia.

In other news, the vain and egocentric grand vizier Haman – who for some reason thought it was an acceptable fashion statement to wear a three-cornered hat – is sulking in his bedroom because Mordechai wouldn’t bow down to him, being the wise and courageous Mordechai we know and love.

Now, what better way to get rid of that one guy who wouldn’t bow down to Haman while roaming the streets of Persia? Well, we could come up with a few ways, but turns out in Haman’s mind a large genocide of all the Jews, of which Mordechai is a part, is sufficient in his eyes. And so, on a roll of the dice Haman decides that since his day planner is relatively free, the 14th of Adar will be the day he will get his revenge…

After a relatively short conversation consisting of:
Haman: “Can we kill all the Jews on the 14th of Adar please?”
Achashverosh: “OK”
Haman: “Yippee!”
And so it was sealed with some fancy ring only held by the King of Persia that this will be the day the genocide of the Jews will take place. Dun Dun Duuuuun!

As you may recall, Esther is Jewish but the King doesn’t know (turns out not all marriages are built on trust). As you can imagine, Esther is pretty anxious about this and decides this may be a good time to do a quick diet before all her people are killed and so doesn’t eat for three days straight. Following her fast, she visits the King unannounced and invites the King and Haman to a banquet – us Jews really do love our food. Meanwhile, Haman is getting quite enthusiastic for the massacre coming up and even builds some homemade gallows for his nemesis Mordechai.

Remembering the man who saved his life, Achashverosh commands Haman to parade Mordechai through the streets to honour him, which Haman very reluctantly agrees to. Seems like the perfect time to enjoy a MordeCHAI while being paraded through the streets, don’t you think?

At the end of the second feast Esther reveals her secret – she’s Jewish! And with that all of Haman’s dreams and fantasies go up in smoke. The King grants permission for the Jews to defend themselves against Haman’s evil men. Even Haman is hanged on the same homemade gallows especially designed for Mordechai. (Speaking of hanging Haman, shoot on over to our brew guides to see how you can receive a slightly less harsh punishment in the form of ‘Haman’s Hangover’ to enjoy during your Purim festivities). Jews seemed to have been much more athletic than Jews in our times because they managed to defend themselves and massacre all of Hamans supporters. Pretty impressive if you ask us.

This story does end happily ever after with Mordechai becoming the new honourable member in the King’s council as well as the survival of Jews in the Kingdom of Persia for a further couple hundred years. Additional benefits include hamantaschen with flavours ranging from the classic poppyseed and cheese to the exotic chocolate peanut butter and wild blueberry.

The absolute star of the show emerging from this festival has to be the Purim parties celebrated around the world and the new Purim Cocktails like our Iced Vash-Tea, MordeCHAI and Haman’s Hangover that will be sure to put you in the festive mood.

P.S. We have the perfect solution to your throbbing head and aching body after a long night out of Purim festivities. Just pour yourself a cup of our range of coffee blends and that should sort you out and have you firing on all cylinders for a productive day.